What is TDI (Turbocharged Direct Injection) – Advantage and Disadvantages

What is TDI – TDI is stand for Turbocharge direct ignition, this technology is develop by popular volkswagen group in europe. These TDI (turbocharged direct injection) engines are widely used in all mainstream Volkswagen Group marques of passenger cars and light commercial vehicles made by the company. They are also used as marine engines in Volkswagen Marine and Volkswagen Industrial Motor applications.

TDI engine uses direct injection. It is a method where as high pressure fuel is directly spray into the engine main combustion chamber through a fuel injector. With  turbocharger, there is an increase amount of air that can enter into the cylinders. There is also an  inter-cooler that can lower the engine temperature which make it possible to increase the amount of fuel that can be injected and combust. As a result, TDI engine has more power and greater efficiency. TDI has a low surface area which reduces heat loss during running, thus increasing engine efficiency with minimal combustion noise. 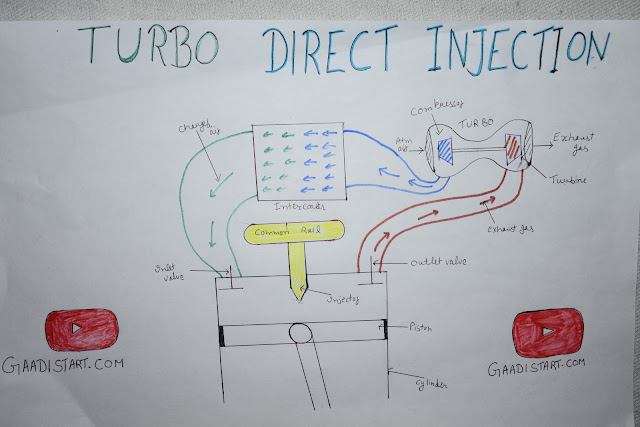 ADVANATGE AND DISADVANTAGE OF TDI ENGINE :-

Why Honda Hornet is the best choice to buy this Year?

Save money on insurance Policy – 15+ Best Tips and Ideas